Which sauce pan to choose good for the soup?

Which sauce pan to choose good for the soup?

When making soup, the choice of utensils is very important.

Some people think that a wok can be a pass. This view is wrong. Each sauce pan has its own unique role.

For example: Traditionally, it is better to choose a fine-textured casserole for boiling soup; the enamel of inferior casserole contains a small amount of lead, which can easily dissolve into the food when cooking acidic food and cause harm to the body: the white ceramic pot on the inner wall is very useful; Don’t use the casserole directly to cook soup. It is best to put a layer of oil on the bottom of the pot for the first time, and then wash and boil it once after a day.

If you want to save money and time to cook a pot of delicious soup, you must first understand the types of soup making tools and the correct method of use. Stainless steel sauce pan Stainless steel pot can also be used to make soup. It is characterized by large capacity and boiling resistance. It can be used to cook chicken soup, rib soup and other soups that need to be boiled for a long time. The soup cooked in this pot is relatively light, unlike the soup cooked in a casserole, which has an original taste. . It is not advisable to use a stainless steel pot to boil some soups with Chinese medicinal materials, because Chinese medicine contains a lot of alkaloids, which will chemically react with stainless steel during heating, which will affect the medicinal effect of the soup.

The stainless steel sauce pan pressure cooker pressure cooker can quickly cook the soup in the shortest time, but the nutrition is not destroyed, that is, it saves fire and electricity. It is suitable for cooking materials with tough texture and not easy to boil soft. However, the food put in the pressure cooker should not exceed the maximum water level in the pot, so as to avoid insufficient internal pressure and the food cannot be cooked quickly. Pressure cooker electric pressure cooker casserole (there are also special electric casserole and special casserole for induction cooker). Cooking soup in a casserole can keep the original flavor. The casserole can withstand high temperatures and can withstand a long time of stewing. It needs to be simmered slowly on a low heat. The casserole can make the soup rich and delicious without losing the original nutrients, but it has poor thermal conductivity and is easy to crack. The new casserole is best not to be used directly, it can only be used after some treatment.

Casserole stew pot (the supermarket has a pot that sells electric energy, Size matching) This pot is suitable for boiling pork, beef, chicken soups with more fiber, or hard cereal soups such as beans and brown rice. The biggest feature of the braising pot is that the raw materials are put into the inner pot to boil, and then put in the outer pot, let stand for 1 to 2 hours, so that the raw materials are gradually cooked. It can save gas and retain the nutrients in the food. When cooking with a braising pot, the food should not be too little, preferably full. The crock-made fresh soup is best simmered in an aged crock-pot. The earthen jar is made by high-temperature firing of clay made of quartz, feldspar, clay and other raw materials that are not easy to transfer heat. Its air permeability and adsorption are good, and it also has the characteristics of uniform heat transfer and slow heat dissipation. When simmering fresh soup, the crock can transfer the external heat energy to the internal raw materials in a balanced and long-lasting manner. It is conducive to the mutual penetration of water molecules and food to the balanced environment temperature. The longer this mutual penetration time is maintained, the freshness The more aroma ingredients overflow, the more mellow the taste of the simmered soup, and the crisper the texture of the simmered food. 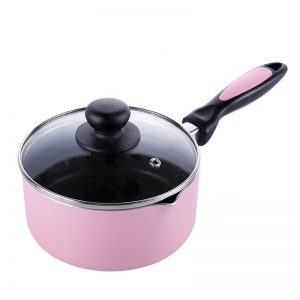 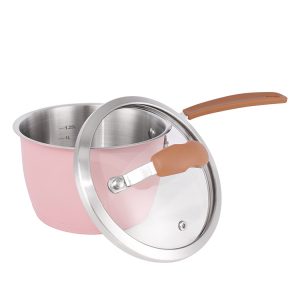